Hello boys and boys pretending to be girls online, it’s me again.

2016 has been a pile of shit and it’s also been a year when I’ve started doing my columns.

Your MCM thinks there’s an obvious connection – but then again, your MCM is a weapons-grade fucking dumbass so who bloody cares what he thinks.

Anyway, let’s get to the short review of this pub fight of a year:

To make it even more miserable, also add us going to two finals (screwing them both up) plus Arsenal fans thinking it’s top comedy to reply ‘L’ to people experiencing minor inconveniences.

“Hahahahahaha Java has asked you to do an update. Take that L, Hannah. TAKE THAT L!” – Twitter user @FlicksLikeChamberlain.

Or YOLO Awards for short.

So here goes. The year’s greatest and the worst.

Whatthefuck of the Year – Mamadou Sakho

Most of the Livapul country U-turns turn out to be positive. Not this one. Mamadou Sakho was caught munching pills like he’s on a summer vacation in Magaluf already – and has been granted a chance to have one immediately!

A seemingly nice defender has later been saved. But turns out him coming to a team trip to Alcatraz was just Klopp’s sneaky way to get him locked up.

And there somehow, the hero of many Liverpool fan display pictures has been put through a death row and a dose of waterboarding to make even the worst war criminals wince with fear.

Only three fellas have escaped the Alcatraz and it seemingly won’t be four. January is just around the corner and so is the opening of the transfer window. Was nice knowing you, Mama. Don’t hate us. 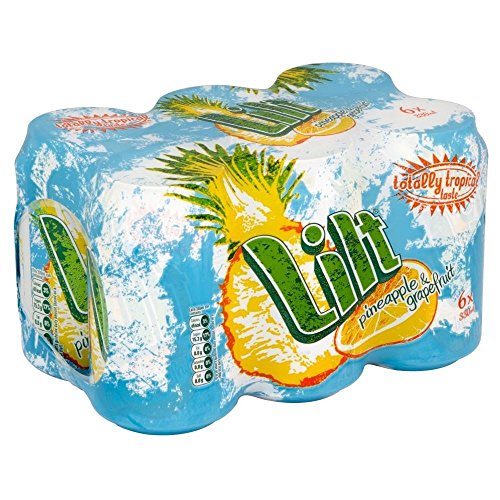 The one night I went to bed before midnight was the one night I wish I didn’t. Regardless, it was terrific. Some total fucking loser clubs celebrate trophies. We, however, have more fun and celebrate the third evolution Pokemon equivalent of yer da getting sent loads of Lilt.

If you don’t know much, I’ll run you through. In case you haven’t noticed and/or are in a terrific state of blissful denial, the UK is basically a very neat zoo that voluntarily voted to get its cages locked up. Paul Grange, a man with a fortunate first name and an unfortunate everything else, is one of the exhibits who has an actual burning passion for people simply living in one part of the country.

That part being Merseyside.

Celebrating the Hillsborough disaster and likening actual human beings to rats, he was actually proud enough of it, he’s been wearing t-shirts stating that. But once upon a time, someone uploaded a picture of him on Twitter and steadily steadily, the world turned upside down for him. And instead of death threats, he’s received great amount of a refreshing “totally tropical” soft drink. All on his money, of course.

That was better than a League Cup trophy.

Then again, even Bounty bars are.

Disappointment of the year – The Goalkeepers

It’s just not meant for us to have good goalkeepers.

Loris Karius has more undeserved fans than Adam Saleh and The Sport Bible combined. It is just not meant for tall blonde German fellas to conquer the British.

Simon Mignolet has been more hot and cold than a shower whilst someone in the kitchen is being an absolute cunt on the taps. I cry in the shower. I scream in the shower. And if it’s not about a painful meaninglessness of life, then it’s about Simon Mignolet. Simon Mignolet making us all excited for two weeks, just before he shits himself in front of the ball and attempts to swallow it all (failing, naturally). Boy oh boy.

Oh and there’s also the ginger guy from Hungary, whatshisname, bless his soul. There’s a certain point when you can’t make fun of somebody because it’s so beyond the point of fairness. And the poor goulash-gobbling, sandal-wearing, linoleum-licking Ron Weasley is certainly beyond it.

It says something when the best goalkeeper of our last two seasons has barely even trained with the team. Danny Ward is tearing it up in the Championship so well, he’s managed to make Wolfsburg think his manager is good enough for them. And yeah, by the end of the year we may very well have a chance to see him fighting for promotion to the PL. All of this makes you wonder – what the fuck is going on in Liverpool’s goalkeeping sessions?

What the fuck is going on when John Achterberg gathers his one-legged Hungarian, on-tour striker Shamal George, Aryan Snorlax and a literal Belgian waffle around for a training session?

My money’s on baking biscuits, gossiping about boys and binge drinking motor oil.

“A Very, Very Bad Boy!” of the year – Alberto Moreno

Attacking like a defender, defending like an attacker, walking dogs out with hoverboards and dressing up like he’s lost a huge bet, Alberto Moreno has been a very bad boy this year. Commonly compared to a human equivalent of a golden retriever high on Duracell bunny corpses, he’s been energetic but rather useless.

James Milner has once said he would run through a brick wall for his then-manager Brendan Rodgers. Alby would do the exact same. He’d destroy the entire town of Burnley within three minutes. What a shame at the time he would be supposed to be guarding hiS FUCKING WING AT A GAME IN LIVERPool.

His surplus of energy is no surprise for anyone. But when Jurgen Klopp himself seemingly gives up on coaching the devil out of you, that’s a problem. Perhaps Alberto should pursue a different career – presumably becoming the stunt double of Taz the Tasmanian Devil.

The Transfer Saga of the year – Mario Gotze.

I’m sorry if the picture isn’t exactly correct. It’s just that Gotze has become so irrelevant, I forgot how his face looks like.

That transfer saga in the summer was very well different though. His goddamn face was everywhere. But I’m happy the Liverpool curse, to some extent, goes on. Back in the day, the attackers who left Liverpool, have suddenly turned to shit. All Gotze needed was being linked with us. But maybe I’m wrong – maybe he was always shit but since he’s (IN CASE YOU DIDN’T HEAR) scored a winner in the World Cup, we all thought he was great? Never mind that.

The fucker has flirted with us like he wanted us home. And once we screwed up the Europa final, he was gone. I was enraged, hurt and full of hate that I needed to release somewhere. I was basically an alt-right who’s been rejected by a girl. Fuck everything to hell, I thought. Nothing is going to fix this hole.

But Mané cried out tears later, someone was better than I ever imagined Gotze to be.

So cheers to you, Mario.

Some of the greatest love stories are the ones who never happen.

AND FINALLY, THE ONE CATEGORY YOU’VE ALL BEEN WAITING FOR

BOY OH BOY. The competition sure has been feisty this year but I’m glad to announce you’re both getting so much coal, you could spark a second industrial revolution.

(wow paul you are so obsessed with other clubs why do you do this, someone said whilst reading a column on a Liverpool FC fan page)

This settles my YOLO awards. Let’s hope for a better 2017. But given our track record, two minutes until the final whistle, guaranteeing Liverpool the PL trophy, a nuclear war will break through and kill everyone except fruit flies and Chelsea fans.

Nonetheless. Have a good year, everybody and see you next time.

@ me on @Kolology before Twitter takes this feature away as well.